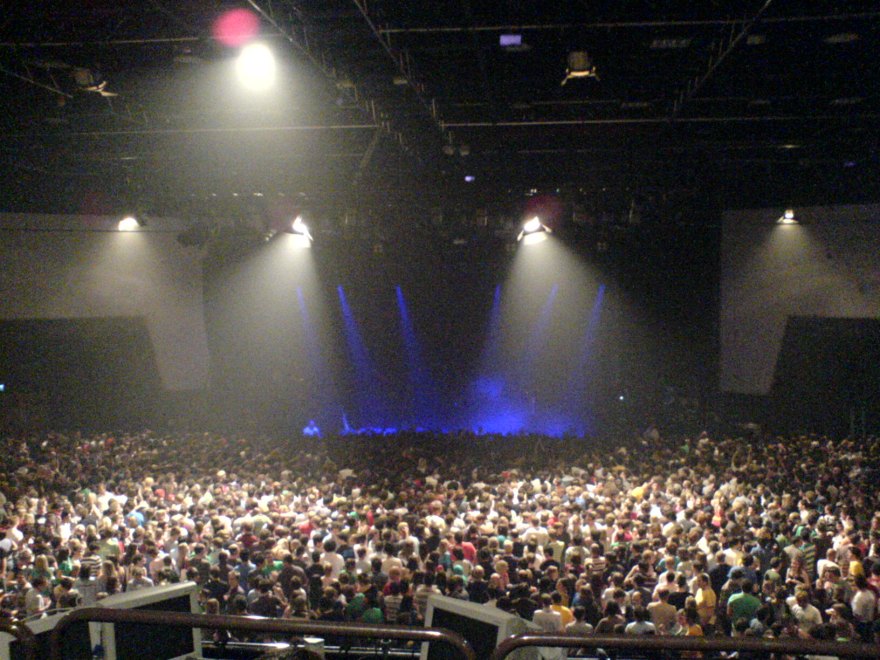 So… I sit here to type.  What words shall I inflict upon you this evening?  This is a site dedicated to my thoughts on music… therefore the subject of music it is that I shall force upon you!

I have written a lot of music in my life.  A lot of songs.  There have been common themes, and common emotions.  Most of the themes and emotions can be traced through most of the songs that have ever been written.  Obviously people have had something to say – the reason they ‘write’ the song.  And there are only so many things that people want to say.  Songs of love.  Songs of lust.  Revenge, despair, devotion, religion, stupidity, deception… okay, I must admit that even typing the list brings the realisation that I can’t just ‘box up’ music into an easy little package.  A song has a reason to be… and a song has a time to be.

I have written punk pop songs.  Most of these amateurish efforts were in my first couple of bands.  A time where you feel like everything you do is fresh and novel.  A time where you believe you can take on the world armed with nothing but your own bloody God-like genius.  And usually a time where the nature of the songs is overwhelmingly frustration.  Of the bands that escaped oblivion and got these early works out into the wide world a lot of them are punk bands.  I’m thinking the Buzzcocks and the Undertones.  For me… the Buzzcocks got everything right.  Ever Fallen in Love (With Someone You Shouldn’t’ve) still stands tall and proud amongst the greatest songs ever written.  The awkwardness of songs like What Do I Get? and Everybody’s Happy Nowadays.  Absolute class!

And so when I think back to the songs I wrote in a similar spirit I was writing of pain and unrequainted love… as if I was so important.   The solar system spun around me.  I was the axis.

Life does eventually knock that spirit out of you.  But for those precious moments… years… you feel on top of the world – yet also in a pit of despair.  Hindsight’s always 20/20 and if I could relive those years there are certainly things I would savour and things I would do differently.  But we can’t do that.  We can never do that.  Life is a remorseless plunge onwards…. into the dark depths!  Ha ha!

Moving into my Alexi in Winter period I maintained the theme of loneliness and isolation.  I equate this period of my songwriting with the works of Nick Drake and Tim Buckley.  A lot of introspection and a lot of still believing that the woes of the individual are wanted to be heard by the masses.  When the years knock you, you eventually realise that you just aren’t that important to the strangers out there.  They just don’t care.  You are lucky to be one of the few that the masses appreciate hearing the woes of.  Morrissey et al are indeed lucky.  They may not realise this but that does not stop it from being true.

I’m thundering through my songwriting career here… but I’m trying to get to the punch-line – the point of this essay!  Ha ha!

After Alexi in Winter came the writing and recording of All Monsters and Dust.  Now, this has been an important album for many reasons.  I think it’s important to note the evolution of the songwriting.  From the Alexi in Winter-esque overtones of The Comedy is Over… to the kind of post-rock of The Last Gasp.  I think All Monsters and Dust traces a kind of growing up.  Not growing up in a po-faced, boring, middle of the road grow a beard kind of way.  I just mean the acceptance that the world is here to knock you down.  Knock you down and teach you a lesson.  The world doesn’t ‘owe’ a songwriter any recognition.  The world is here to kick a musician in the teeth! Ha ha!  And kick it does!  And bite!  And claw!

The internet revolution has been responsible for many things.  Good and Evil.  For me it has opened up possibilities with my songwriting.  The interweb has allowed me to connect with people I could only have dreamed of before.  I have certainly played live with many amazing musicians including Seth Lakeman, and my Alex in Winter album/ep showcased my own introspection during that period of time to a (in my opinion) dazzling degree.  However, the ability to work with a musician from a different country has opened my eyes and released my ears!  The Eleventh Hour project with Bill Ryan has I think been my most concise work yet.  I believe I have taken those years of being bashed in the face and turned everything on its head.  I have learned how to craft the perfect pop song.  I am an expert in song structure.  I know what a hook is and I know how to get you right between the eyes.  Bill has brought a new hocus pocus to the equation and allowed me to concentrate more vividly than ever before on the music.  The creation of perfect music.  Bill has written some beautiful lyrics and I feel we are nearing the completion of the Eleventh Hour‘s debut album.  I appreciate that I am talking very highly of this work… and that I would do because I wrote it.. but that is not the point.  It doesn’t matter that I am bigging myself up.  I am explaining what it feels like to finally reach the top of the hill.  The Grand Old Duke of York.  I’ve marched to the top of the hill.  I can now see for miles around.  To the horizon.  I’m not OVER the hill you understand!!!  That is not the analogy I am trying to express.  I am saying that I am at the top of the hill, surveying the landscape.  I can see all the “rules of music” spread out before me.  I can see all the checkboxes.  I can see the lists.  I can see the disappointed faces. I can see EVERYTHING.  I can see for miles and miles and miles!

I can now break the rules. I can now ignore the rules with complete confidence.  The worst you could level at me is that I’ve lost my mind… that the songs stink.  But I rise above it.  I know the rules… I ignore the rules.  I do so at my peril.  But it is my peril.  Please understand… this is not a rant in which I am saying I know everything.  You must understand that I know I know NOTHING.  But I SEE EVERYTHING!  Ha ha.  That probably reads like hippy bullshit.  And if you don’t get it you likely never will.

Here’s one for you.  Listen to a song from my ‘prime’ Alexi in Winter period.  A song like, for example, Salt Cellars. You will hear a complete ‘sticking-like-glue’ to the rules of songwriting TM.  And there is NOTHING wrong with that.  I loved the song then and I think it still has charm now.  Okay.  Now listen to a song like Fall.  You can sense the change.  It kind of pricks your ears.  There’s something a little different… but you could still imagine Jonny, Jase and I playing it.  It could be Alexi in Winter… but an angrier, more eclectic Alexi in Winter.  Now listen to Reconstruct a Memory.  I believe that’s the point I realised that I don’t have to conform.  I can be who the hell I want.  I don’t have to be in anyone’s shadow.  I don’t have to better anyone.  I don’t have to sound like my idols.  I can just sound like me. You have to understand that albums like The Bends and Definitely Maybe changed the face of British  music.  For the better in that me and my mates could form a band and pretend we were stars.  Playing pubs.  Being ‘seen’ out and about.  Getting the girl.  Whatever.  But to be honest… mostly for the worse.  We were totally in the shadow of those albums.  And when you’re trying to play ‘indie rockTM’ how the hell do you better a song like High and Dry?  And my word does it take a long time for the following to sink in!!! :  Why the hell do you want to better The Bends?!?  Just Be Yourself.  Sounds so simple.  Yet bands of the time didn’t realise this and most bands today still don’t.

Listen to Perhaps I’ll Kill You.  Okay… the lyrics specifically state a lot of what I’m saying here – but even just the music.  Listen to it.  I’m not trying to BE anyone!  I am me.  I may want my music to convey the ambition of the Theatre but in a more concise form… but that is not a genre.  I am not trying to actually ‘outdo’ anyone specific. I am finally being me.  Just me.  Now… if you don’t like the music then you can just turn away.  Never listen to another note.  Never read another word from me.  But for those few of you who like it… well.. the world is finally OUR OYSTER!!!

I suppose this rant has actually begun to become my manifesto.  Perhaps this post can be my manifesto.  When I’m feeling deflated I shall read it back.  Listen to the latest Eleventh Hour song.  I am carrying out my manifesto.  And I am taking Bill with me.  He has a mind of his own and he does not have to believe in a single word of this prose.  But he is with me for the ride.  I finally feel free.  Musically free. Lyrically free.

I am currently working on a song that is taking these concepts to new heights.  Perhaps I am building a ladder on top of the hill.  I’m not sure what I’m leaning the ladder against?  Possibly the fool?!?  Well… that’s for me to find out I suppose. Rant over.  Get back to watching Eastenders!  Ha ha!  😉