I’ve fallen over at the front of my house and bashed my shin in.  Highly embarrassing… therefore I will hide indoors until the neighbours forget who I am!  Hmmm… topic for discussion?  Well… I think I’ve only ever had one true out of body experience.  It was an eternity ago but I thought I’d reminisce. 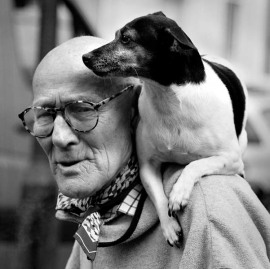 I was playing a gig at a local pub.  This was back when we had bars in my city that had stages and actually allowed live music – a definite dying art in these days of gastro pubs.  I was in a band that had built a kind of local following… although we were also a band that had literally played to one man and his dog.  (That was a peculiar gig… in hindsight it might have been more productive to have simply chucked a raw steak onto the dancefloor and have been done with it.  Oh… the exuberance of youth!).

We had played a series of gigs and were feeling a little cocksure of ourselves.  So much so that we hired a lighting rig for this particular night.  So, here we were, professional sound, professional lights, …(incompetent musicians)… and we played… to a handful of people.  And this was when I had my out of body experience.  I remember it to this day.  We were playing the songs… and I started to hear them as if I wasn’t in the band.  As if I was in the audience.  I didn’t have to think of the words.  I didn’t have to play the guitar or sing.  I didn’t have to do anything.  I just stood back and listened.  I could hear the band as I’d never heard them before.  And we sounded awesome.  The whole experience was genuinely like listening to a CD.  The audio was crystal clear…. the lighting was like a dream.  I could finally hear my own band like I had never before imagined.  The sound enveloped me and became a singular nerve impulse in my brain.  My ears were filled with my own sound.  Crystal clear.  Totally in tune.  Pure sparkling song.  This whole episode only lasted a moment… and then I was snapped back into my body.  That’s the only time it has ever happened.  I’d pay to recapture that moment… but it’s gone… like tears in rain.

I’ve had plenty of the opposite experience.  The moment you realise you’re standing on stage singing in a band.  The awakening of awareness that you’re playing in real time in the here and now.  That the words people are hearing are coming from your mouth… now.  Not in the past or in the future… but now.  And that if you were to forget the words it would be a disaster.  Oh yes… I’ve had that experience.  Interestingly, never in the ‘exuberance of youth’ – era.  Oh no, this kind of situation only arises when you’re past all that.  When you’re feeling like an old hand.  An invincible beast!  You’re playing a song you’ve written.  You’re playing a song you’ve sung a thousand times.  You’re playing a song which you couldn’t possibly forget the… the… er… words?  Hmmm.  You sing… and you start to think about what the next line is before you’ve sung the current line.  You’re a line ahead of the audience in your mind and the here and now is becoming a blur.  Ha ha!  And these moments only happen in packed clubs!

So, I had my experience of hearing my band as an audience member.  No effort on my part.  My hands floating over the guitar fretboard and the person on stage who looks like me singing the words without me having to flex any muscle memory.  A beautiful moment.  A moment I never again recaptured.  I don’t think I told anyone about it at the time. I don’t even know if this is a common experience among musicians?

We lost money that night.  The lighting rig cost a hundred times the ticket sales.  Still… there wasn’t a canine in attendance so there’s always a positive.