I thought I’d write a little piece about some of my favourite music of the year… but I gotta say, this post:

pretty much encapsulates everything I wanted to say, bar some of his music choices (which I haven’t heard!).

I spent 2012 listening to CDs and vinyl… but even then, only a limited amount.  2013 was my year of Napster.  I still listen to my vinyl but this has definitely been my year of streaming.  My year of 100101100101s (that’s ones and zeros – music as data).  I have speakers all over the house wirelessly sucking on those binary jewels.  I haven’t listened to so much music in years.  Yes, I don’t own any of it – I’m just ‘renting’ – but listening to anything is better than listening to nothing.  Isn’t it?  Hmmmm.  So, in a much less professional manner than Kent Green, I’ll list some of the music that made my 2013. (In no particular order… although I’ll label them 1-10 anyway)

10) Jeff Wayne’s Musical Version of The War of the Worlds  I think my most listened to album of 2013 was Jeff Wayne’s ‘War of the Worlds’.  The original ’70s version.  Fantastic album.  Should be required listening by everyone.  All of the time.  It’s like a lesson in music.  And relax.  What?  Doesn’t count as a 2013 album?  No shit Sherlock. 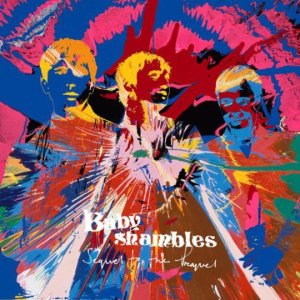 9) Babyshambles – Sequel to the Prequel Look, I’m not the biggest fan of Pete Doherty.  I’m really not.  But credit where credit’s due.  Great album.

8) Paul McCartney – New Yeah, he’s old.  Yeah, he should just stop.  His voice is shot yadda yadda.  How about we give our greatest living songwriter some respect?

7) Arctic Monkeys – AM I liked this album.  It was pretty good.  Not sure about the quiff and the accent – you’re from bloody Sheffield!!!  But a good album is a good album. 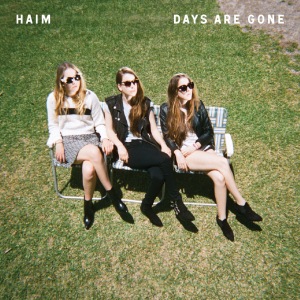 5) Haim – Days Are Gone This band caught me by surprise.  It appears the rest of the world were already aware of them due to their previous existence as some kind of children’s TV band.  Anyway, I saw them on Jools Holland and thought ‘They’re okay – perhaps the bass player could tone down the facial stuff?’ …. but even that’s grown on me.  Great album in the old school tradition.  Outstanding, pumping production.  Thumbs up.

4) Peal Jam – Lightning Bolt I loved ‘Ten’.  I liked ‘Vs’.  I tolerated ‘Vitalogy’.  Then Peal Jam became completely irrelevant to me.  So it was with a damp, shaking hand that I clicked play on ‘Lightning Bolt’.  I shouldn’t have worried.  Rather than being confronted by Father Stone (Father Ted reference there) I was presented with a really kicking rock album.  I absolutely was not expecting that.  I’ll always big up the older generation.  The kids could learn something!!!

2) Suede – Bloodsports I reviewed this album earlier in the year.  As comeback albums go, this is majestic.  Love it.

1) Steven Wilson – The Raven That Refused to Sing (And Other Stories) Simply the best album of the year.  If you haven’t heard it yet then put it at the top of your list of things to do in 2014.  The most eclectic, intricate, heartfelt album in yonks.

0) Black Sabbath – 13 Can I have a zero? This album ruled the world… and rightly so.  13 blasted from the speakers around my house and filled the air with doom.  What more can any of us ask for?  Another one for the old guys!  Youth of today… you’ve got to up your act!!!

And there you go.  A pretty mainstream collection of albums it may be.  But that’s how the cookie crumbles.  If I’d listened to more albums the list may have been different.  There are some more obscure albums that could have made the top ten (eleven), but, hey, they didn’t.  That’s life!  And a shout out to 30 Seconds to Mars for a fantastic gig and some great albums that I am now catching up on.  Perhaps LOVE LUST FAITH + DREAMS should be in my chart? Hmmm.  Yep.  Why not?  Make it twelve.  In any case, I think music had a good 2013.