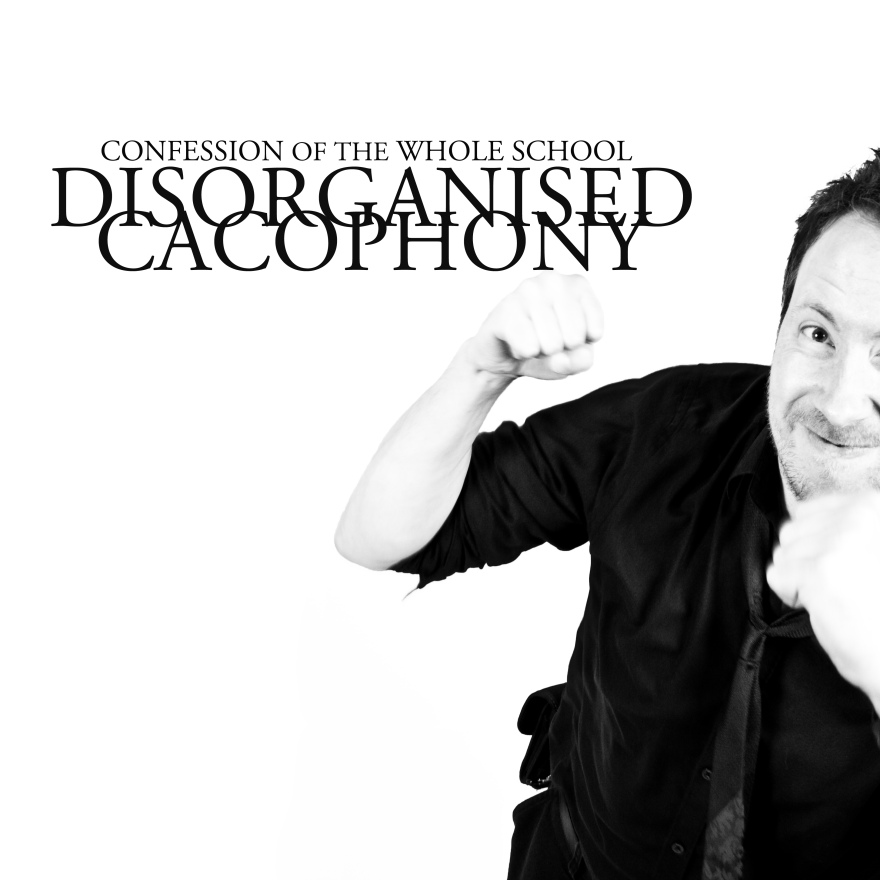 Hello.  Firstly, apologies.  I have neglected my duties here and I’ve probably lost a few ‘Confession’ fans in the process.  However, I have not been idle.  No no no.  I have been putting full effort into promoting my side-project with Bill Ryan – “The Eleventh Hour Initiative”.  There is no way you can have failed to have noticed this as I have basically pasted the banner on every available surface.  If I could I would have come into your houses, slapped some wallpaper paste on your flat screen tvs and stuck the damn posters right there in front of you.  You can’t escape!  Ha ha!  Buy the Eleventh Hour Initiative’s debut album, “Escapism”.  It’s really, really good.  Would I ever lie to you?

So, back to the day job.  I am Confession of the Whole School.  I have mentioned that I have been secretly beavering away on a brand new album.  Well… it is nearly finished.  I have about 2 songs left before I will seal the deal, but for the moment I think it’s safe to at least admit the album’s potential existence.  The final 2 songs will take some time to record so you have ample opportunity to buy and devour the Eleventh Hour album!

You are my dear fans.  The intelligent, forward minded who read and listen to me.  I just wanted to let you know where I’m at right now.  I’ve bought up a lot of vinyl.  Tonight I have been listening to “Highway to Hell” and “The Bends” on vinyl.  Proper, already dusty vinyl.  And I have loved every second of it. I have also been watching a lot of great films.  No, I should rephrase that… you don’t just watch a film like “Taxi Driver”… you absorb it.  You take inspiration from it.  I take inspiration from everything to be fair, but never more so than from albums and films of this calibre.  I may just post some reviews up soon and share my opinions on some of these pieces of art with the world.  For that’s what they are.  Whether it be Bon Scott’s rough edged, double-entendre tongue or Scorsese’s majestic, filthy grime.  Every second is uplifting.  Even the downs are reinvigorating.

The new Confession of the Whole School album is to be titled “The Galton Detail”.  There!  I’ve said it!  It’s out in the open now.  The secret’s power has been diminished somewhat and the element of surprise has been destroyed!  Ha ha!

Here is a taster of  what to expect from “The Galton Detail”.  It is a track called “Disorganised Cacophony”.  Enjoy.